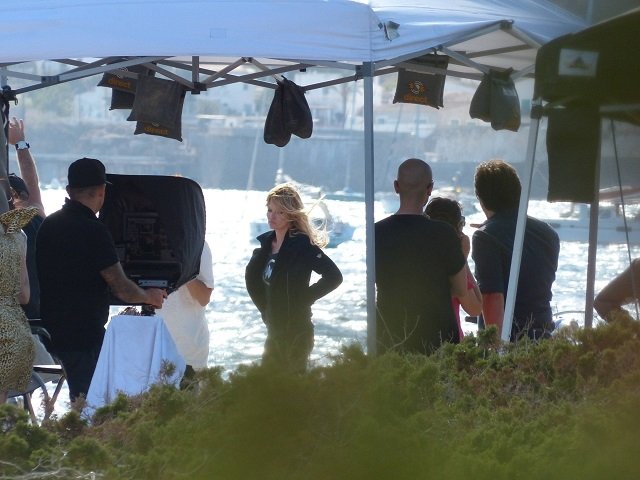 British supermodel Kate Moss, reputed to be the best paid model in the world, has been turning heads in Spain.

She has been doing a photoshoot for fashion firm Matchless on the sunshine island of Ibiza, and has caused quite a stir with pal Naomi Campbell, as the duo have been taking advantage of the island’s famed beaches.

In the shoot Kate – part of a team of 50 – was leather clad as she was modelling the label’s motorbike themed range.

Matchless is one of the oldest fashion firms in the world, with, in the past, stars like Marlon Brando James Dean and Steve McQueen wearing its jackets. More recently Tom Cruise, Leonardo DiCaprio and Arnold Schwarzenegger wore its range of clothing in movies including Mission Impossible, The Aviator and Terminator.

After the shoot Kate, 40, was seen enjoying some free time with Naomi, 44, sipping champagne and taking a stroll on the beach clad in tiny bikinis.