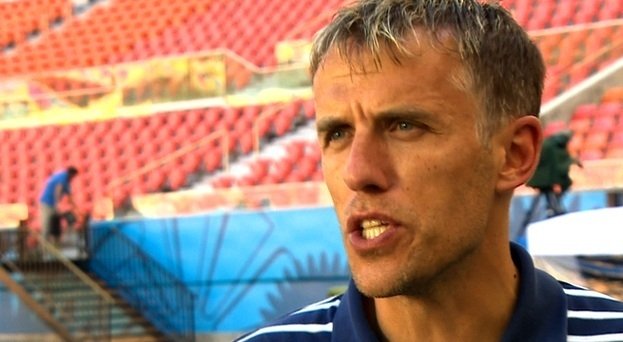 Phil Neville, from Suffolk, said his Twitter nightmare began after the former Everton, Manchester United and England player came under heavy criticism for his dull remarks during England’s World Cup game against Italy on Sunday.

Mr. Neville’s famous namesake was bombarded by abusive messages, for his lack of emotion and mundane commentary during his television debut for the BBC, with one message reading “I hope you die.”

Although not pressing police charges over the messages, Mr. Neville was shocked by the content of some of the messages.

“I’ve had comments about my name for years and it’s always been a bit of fun.” The innocent victim of online abuse added: “But now I have some sympathy for what celebrities go through – some of it wasn’t very nice at all.”


In response to the incident, the former Everton Captain Phil Neville has tweeted: “1st live co-commentary last night-sometimes you have to take the criticism – it will only make me better- thanks for the feedback (hahahaha)!”