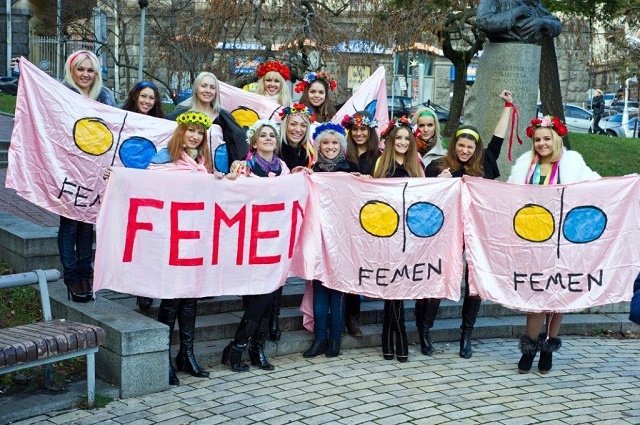 TWO topless Femen women activists have chained themselves to a church crucifix.

The Almudena Cathedral served as political stage for a new Femen protest in Spain. Two topless activists decided to chain themselves to a large crucifix located in the church’s altar.

Wearing black skirts and crowns, the women walked to the altar, chained themselves and bared their torso. “Freedom for the right to abort” was written in black letters across their chests.

Dozens of worshipers and tourists were in the cathedral when the protest took place. National Police officers ordered them to leave the premises and closed off the area.

Femen is a feminist protest group founded in Ukraine in 2008. It is internationally known for its controversial protests and describes its philosophy as radical feminism. Its members fight against sex tourism, sexism, religious institutions, sexual exploitation of women and dictatorship.

This is not the first Femen protest in Spain.


Back in March, topless activists stormed a pro-life rally in Madrid shouting “Pro-life is genocide”