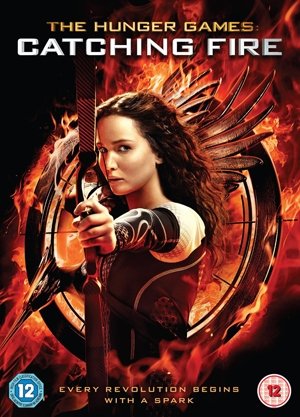 Based on the novel by Suzanne Collins, this film is the second in the adventure trilogy.

Starring Jennifer Lawrence as Katniss Everdeen who returns home victorious after the 74th Hunger Games. But she and her fellow winner Peeta Mellark (played by Josh Hutcherson) soon discover that rebellion is in the air, with growing dissent to the Capitol’s rule. Donald Sutherland plays President Coriolanus Snow who uses the 75th Hunger Games, known as the third ‘Quarter Quell’ to wipe out resistance in the districts.