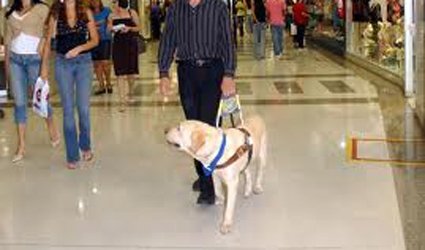 A MAN was asked to get off a bus in Malaga after demanding that a guide dog accompanying a blind woman be removed.

The Number 3 bus stopped in the Alameda Principal, and according to a report in a local Spanish daily, one of the passengers who wanted to get on was a woman with a guide dog.

An elderly passenger already on the bus told the driver not to allow her aboard because he claimed to be allergic to dogs.

The driver told him that guide dogs are allowed on buses while the rest of the passengers began to reprimand the man.

Before things could get out of hand, seeing that the passengers were outraged, the driver asked the man to leave the bus or he would have to call the police.


When he got off, the rest of the passengers applauded and praised the driver.

The bus company said they were shocked by the man’s behaviour and that the driver was right to ask him to leave.