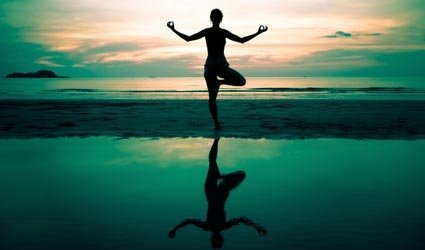 MANY people prefer not to take prescribed medicines for depression, due to the side effects which include sweating, sexual dysfunction, diarrhea, rash, somnolence and widening of the blood vessels.

There are several natural alternatives which may help alleviate depression, although you should always advise your doctor if you are trying natural therapies.

Exercise – can help to alter your state of mind, through norepinephrne and serotonin which are chemicals in the brain which regulate mood, and also through the release of endorphins, which can give a feeling of being “high”.  Experts recommend exercising at least three times a week for 20-30 minutes.


Light – Long Winter nights can cause a disorder known as SAD (Seasonal affective disorder), try and get as much natural sunlight as possible.

Mood diary – keep a diary of all the positive things which happen to you, don’t make it into a chore by filling it in every day; every few days or once a week should be enough to use as a gentle reminder to think about the good things in life and keep things in perspective.

Acupuncture – can help to relax you and defeat stress. There is little official scientific evidence to prove the point, but tests indicate that acupuncture can be very helpful to sufferers of depression.


Support groups – although many people wtih depression don’t like to talk about it, sharing can help. Also, meeting other people with similar issues can put your own into perspective. Alternatively other group sessions, such as yoga or exercise groups can also help.

Omega 3 – found in oily fish, such as salmon and herring, are high in Omega 3, which can combat signs of depression and mood swings.

Meditation – research suggests that meditation can prevent people relapsing once they have completed a course of anti-depressants; it is also assumed that meditation could help avoid depression. Concentrating your thoughts inwardly can help you avoid concerns about external problems.

Saffron – increases seratonin levels in the body. Research has found that saffron can be as effective as Prozac fighting depression, without the side effects.

St Johns Wort – has been found to be excellent in the fight against mild depression. The yellow flowering plant is used in teas, pills and extracted form. On the down side it can have the contrary effect on certain prescription medicines, such as blood thinners, birth control pills and some anti-cancer medications.