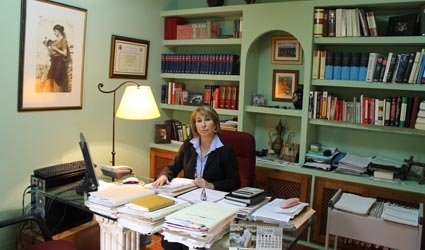 Here we will explain the Tax Residence of natural persons, which is what interests and concerns most residents in Spain.

The Law of Tax on the Income of Natural Persons (IRPF) (an internal law) considers that the taxpayer has their habitual place of residence in Spain in the following circumstances:

a)    They remain more than 183 days in Spanish territory per year. To determine this period, sporadic absences won’t be deducted, unless the taxpayer can prove Tax Residence in another country.

b)    That the centre or base of the taxpayer’s activities or financial interests are directly or indirectly located in Spain.

c)    The residence in Spain of their spouse and children under 18.

The Spanish Tax Agency must prove residence in Spanish territory 183 days of the year, which is very difficult. Due to this problem, they will take into consideration the centre of the financial interests of the natural person. However, the criteria cannot be applied alone.

The lack of proper determination of the concept itself allows for great flexibility and range when considering the different financial interests (income, assets, expenses, consumption, employees, management, etc…)

When there is a conflict between two states, bilateral Double Tax Avoidance Agreements will be used, which will attempt to avoid the circumstance by establishing certain decisive criteria to settle double residence conflict which could arise between states which have signed the agreements. For example, the agreement between the Kingdom of Spain and the United Kingdom of Great Britain and Northern Ireland to avoid double taxing and prevent tax evasion in matters concerning tax in income and assets, and its protocol, signed in London on March 14, 2013, in article 4, solves the case of a natural person residing in both of the signing states.

B)    If the case in which it was impossible to determine the State in which a person has their centre of vital interests, or if they do not have a permanent abode at their disposal in either of the States, they will be considered residents only of the State where they habitually reside;

C)   If they habitually reside in both States, or do not reside habitually in either, they will be considered residents of the State the nationality of which they hold;