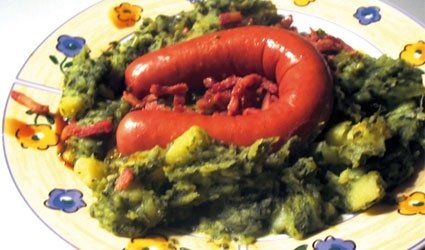 THE Netherlands is reportedly the best place in the world to eat.

The results come from Oxfam’s ‘Good enough to eat’ index which saw researchers look at the food consumption in 125 countries with the rankings based on the availability of food, its affordability and quality and the extent of diet related illnesses.

The Netherlands was classed as the best place to eat because the food is comparatively affordable and nutritionally diverse and there are low diabetes levels amongst the population. Despite Spain’s traditionally healthy Mediterranean diet, it did not feature in the top 10, with France and Switzerland following behind the Netherlands. The UK came in 13th.

At the bottom of the table, Chad in Africa was said to be the worst place to eat as the food is of little nutritional value, is expensive and is prepared with limited access to hygienic conditions. All but one of the top 10 worst countries in terms of food availability, affordability and quality, were in sub-Saharan Africa.