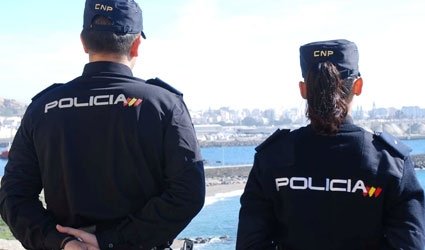 A CUBAN man, age 28, was arrested in Palma after attacking police with two knives. The incident began when the accused called 112 saying he had killed his mother and sister in a cemetery.

His wife told the operator that she wasn’t sure whether it was true and that her husband had just fled the house, in the General Riera area. Minutes later, employees of a nearby homeless shelter rang police saying that a man with knives was banging on the door.

National Police found the man at a second shelter in the same area. He appeared nervous and was waving the two knives about before charging the officers, one of whom recognised the man from a prior incident in 2011 when he fired a gun at his neighbours from his balcony.

Upon inspecting his car nearby, police found a revolver, an automatic pistol and 18 bullets. He has been charged with assault and illegal possession of firearms.

Coronavirus Cases in Manchester DOUBLE in just a Week