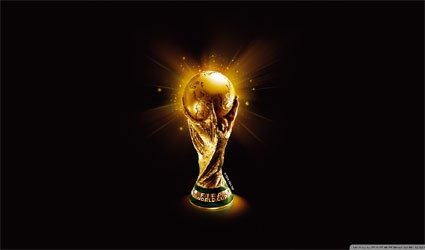 Uruguay was selected as host nation as the country was celebrating the centenary of its first constitution. Also the national team had successfully retained the soccer title at the 1928 Olympics.

Several European teams (including the four from Great Britain) refused to participate because of travelling difficulties to South America.

The 13 teams were divided into four groups (three of three, one of four) with the winner of each group moving into the semi-finals.

All the matches were played in the capital, Montevideo, the majority at the Estadio Centenario, which was built for the tournament

Argentina, Uruguay, the USA and Yugoslavia reached the semi-finals and the first two named – by far the best teams in the competition – qualified for the final which was won by Uruguay who defeated Argentina 4–2 before 93,000 fans in Montevideo to become the first country to lift the World Cup.

One of Uruguay’s goals was scored by Hector Castro who had only one arm following an amputation when he was a 13 year-old schoolboy. The USA took third place.

Boris Johnson did not ‘misdirect’ over Ministerial Code

Top News
Today, Monday, 6 December, it was found that Boris Johnson did not ‘misdirect’ over Ministerial Code in the Priti Patel bullying case last year.The...