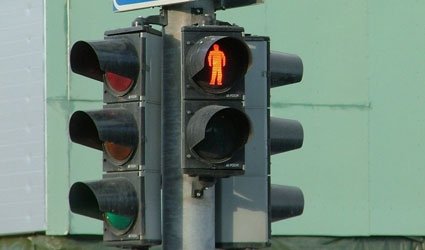 A MALAGA woman, 44, was fined €200 for crossing the road in Algeciras, Cadiz, when the traffic lights were against her.

According to a report in local Spanish daily, Diario Sur, the university professor and former socialist councillor, was looking for a duty chemist while visiting her in-laws in Algeciras.

She was talking to her husband on the phone, as he was giving her instructions on how to find a chemist, but claims she looked both ways before crossing, and despite the lights being against her, as there were no vehicles in sight, she did so.

However, she was spotted by a Local Police officer who ordered her to stop and fined her on the spot.

She was fined as much as if she had been driving talking on the phone, failed to stop at a sign, or not wearing a helmet on a motorbike.


She does not plan to appeal against the fine, but says she considers it excessive.