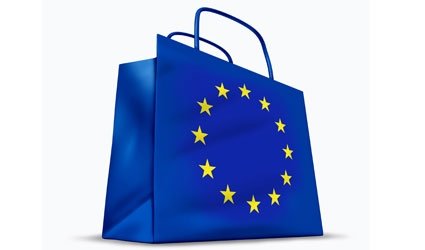 SPAIN is leading the way as consumer and industry confidence continues to grow about the future.

In the euro area, the marked improvement resulted from rising confidence among consumers, as well as managers in services, retail trade, construction and, to a lesser extent, industry. Economic sentiment improved in three of the five largest economies, namely Spain (+4.0), Italy (+2.3) and the Netherlands (+1.5), while remaining virtually unchanged in Germany and France (both +0.3).

Industry confidence increased moderately (+0.5), driven by more positive assessments of the current level of overall order books and the stocks of finished products, which were somewhat counter-balanced by deteriorating production expectations.

Of the survey questions not included in the confidence indicator, managers’ assessment of the current level of export order books remained unchanged, while it worsened in the case of past production.


Services confidence rose (+1.1) as a result of significantly improved assessments of the past business situation and past demand, which contrasted with slightly deteriorating demand expectations. Consumer confidence picked up (+1.8), thanks to more optimistic views of households on the future general economic situation, their unemployment expectations and, to a lesser extent, their savings over the next 12 months.


Also sentiment in construction improved significantly (+3.6), fuelled by managers’ improved appraisal of order books and less pessimistic employment expectations. Financial services confidence (not included in the ESI) increased by 2.0 points, driven by a markedly improved assessment of past demand, which more than outweighed managers’ grimmer views on the past business situation and demand expectations.

In the wider EU, the improvement in sentiment was only slightly less pronounced than in the euro area (+1.4). On a sector basis, developments in the EU deviated from the euro area in so far as industry confidence remained unchanged and the surge in sentiment was considerably higher in retail trade, while lower in construction.

On a country basis, the main reason for the slightly weaker improvement in sentiment was a virtually unchanged confidence level in the largest non-euro area EU economy, the UK (-0.1). The EU financial services confidence indicator improved at a slower pace than in the euro area (+0.5).

Call for NHS volunteers paused as 750,000 people sign up