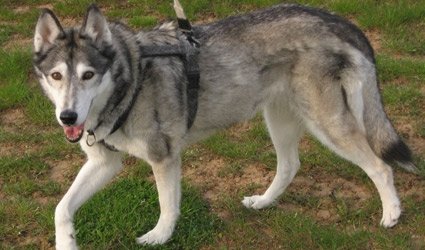 A three-year-old girl, Maddison, needed 80 stitches after she was set upon when she went to stroke the family pet just before she was taken to bed.

The husky called Zeus jumped forward and bit the toddler on the cheek. Maddison was taken to hospital where she underwent a two hour operation. The stepfather refuses to have the dog put down stating ‘Zeus is like a child to me and there is no point’.

Half the children in the world are bitten by a dog before the age of 12. These figures are recorded statistics, but what about the injuries which are not recorded?

Anyone who has a dog irrespective of breed and however well behaved should never trust a child or dog without supervision.


From my research I have found that more often than not a child will play with a dog, by pulling the tail, ear, leg or pinching, poking fingers in the dog’s eyes or down the dog’s ear. Many generally are found to be teasing the animal. All dogs need space and I emphasise breed has no importance.

In my opinion for complete safety no dog, irrespective of size or breed, should ever be allowed in bedrooms and certainly never on or in a bed. All toys should be lifted from the floor when the dog is not playing or chewing them as often a child will go near ‘his’ toy.