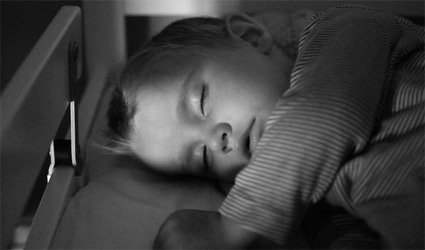 IT may not be the news parents want to hear, but according to scientists in the US, toddlers are better at choosing their own bedtimes than adults.

Scientists say the main reason toddlers are unable to sleep is because they go to bed too early; before their body clock is ready. Putting them to bed too early might make toddlers resist bedtime, throw tantrums and resort to what the study calls ‘curtain calls;’ constantly getting up out of bed.

Researchers from the University of Colorado, Boulder, studied 14 toddlers aged between 30 and 36 months, over six consecutive nights and measured melatonin levels at various intervals around bedtime, timed how long they took to sleep as well as their behaviour. The study said a good night’s sleep depends on when toddlers experience a rise in the body’s levels of melatonin, which increases during the evening to govern the internal body clock.