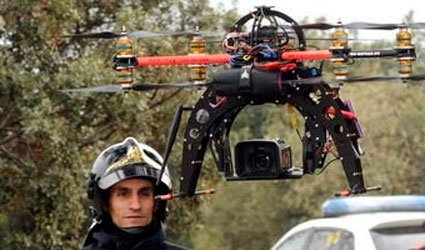 MADRID City Hall is testing a drone with plans to watching the city from the air.

The aim is for them to be used by the emergency services, and a municipal spokesperson has said they have tested them several times, including in September, during an event organised to celebrate if Madrid was chosen to hold the 2020 Olympic Games.

They explained that they wouldn’t purchase the drone, because it is a constantly evolving technology, but would hire the service and if they are happy with it, make it available 24 hours from 2015.

Using the services from September to December this year has cost €6,000. For the next year, the contract has been signed with Imagenes Aereas for €18,000.

There are four drones, two of which can carry up to five kilos and obtain real time images of the ground below during a flight of up to 20 minutes. It would be used partly to analyse gases, temperature and other variables, which are vital for decision taking in emergencies.