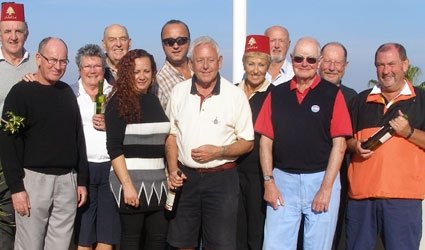 MARINA PHOENIX played an individual competition.  The ladies’ division was won by Isobel Jones with 33 points from Rosalie Fardon (31) and Carole Donoghue (27). The men’s division was a close affair with Terry Oliver (36) beating Les Armfield (36) on countback. Tony King (35) was in third. There were 2’s prizes for Jim Budd (14th) and Les Armfield (5th).