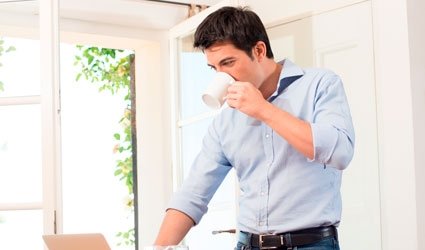 THE BEST way to start your day with energy is having a cup of coffee between 9.30 and 11.30am, neuroscientists claim. This is because of the interaction between caffeine and cortisol, a hormone that makes people alert and regulates their internal clocks.

The levels of this hormone are usually higher shortly after waking up, that is why scientists argue it is best to drink coffee at least an hour later. This way the caffeine present in a regular cup of coffee would promote cortisol production and people would not develop a tolerance towards it, scientists say.

However, this is just an estimated time as people would have to have their morning coffee dose depending on the time they wake up in the morning.