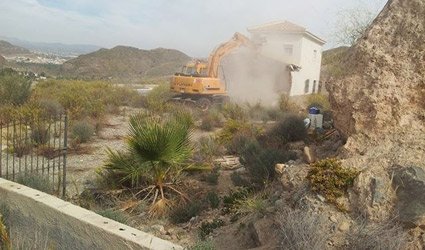 THE Superior Court of Justice of Andalucia, located in Granada, has declared invalid the planning permission licences granted to Welcome to Spanish Home Ltd. for the construction of nine homes in Llanos del Peral, Zurgena.

According to estimates by the affected groups, such invalidity could affect a further 140 homes in the town of Zurgena.

The Association Abusos Urbanisticos Almanzora No (AUAN) considers the cancellation of licences could carry the risk of demolition. That means there could be more than 100 new cases of a home being demolished, as notoriously happened to the Prior family. They are still waiting for compensation after the home they bought in good faith with planning permission from the local town hall was demolished. The Junta de Andalucia had deemed it illegal.

The former mayor and current councillor of Zurgena, Candido Trabalon, faces a new trial this week accused of authorising the construction of 14 single family homes on land in the area of Los Llanos del Peral,Zurgena not zoned for the purpose.