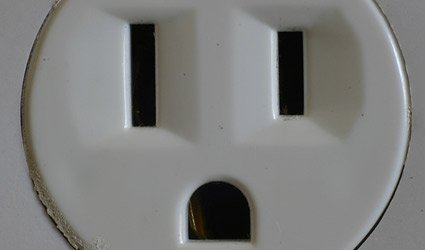 Meter readings did not match the amounts paid by a nearby petrol station and a red-light club so Iberdrola employees were sent out to check.

They found nothing to explain the discrepancy and the clip-joint owner assured them on several occasions that he had a generator.  If they listened, he said, they could hear it. They would pause, listen and then leave.

The mystery was solved after a massive outage left the area without electricity.  A discreet police investigation led them to the “puticlub” where they discovered there was no generator.

Instead there was an illegal connection to a power line and a CD of a generator engine that was played over the club’s sound system whenever the owner spotted an Iberdrola van.

Arrested for fraud, he explained that owing to the crisis he hardly made enough to cover the girls’ wages, let alone overheads.   The CD had saved him €15,000 over the two years that the ruse worked, he admitted.