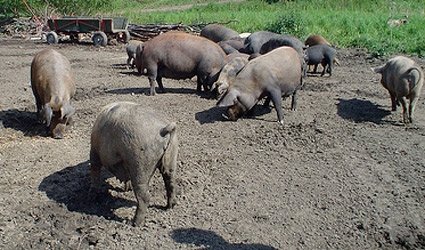 TWO people have been arrested for rustling pigs from at least seven farms in the provinces of Murcia and Almeria.

As part of the Roca Plan against rural and agricultural crime, the two, aged 20 and 26 were arrested after trying to evade a police checkpoint in the municipality of Pulpi, Almeria. Police spotted the driver’s heavy load and found 10 slaughtered pigs in the vehicle. Two hammers, likely to have been used to kill the animals, were also found and the two occupants had blood stained hands and clothes.