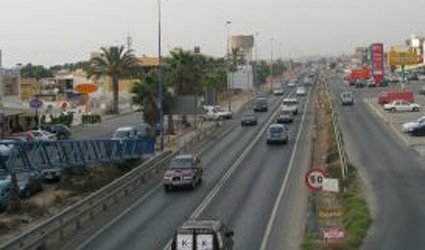 THE number of cars using the N332 between Villajoyosa and Campello continues to increase.

An average 22,830 vehicles used this hazardous main road each day in 2012 compared to 19,830 in 2011 according to the latest statistics from Spain’s General Traffic Directorate (DGT).  It is now the busiest part of the N332 between Campello and Ondara, and has outstripped the notorious Altea to Benidorm section.

The 15 kilometres between both towns is beset by bends, gradients and exits to the many urbanisations in the area.   Heavy lorries taking rubbish to the Les Canyades landfill site in Campello have also added to the problems.

Accidents here are nothing new and 20 people have lost their lives in same nine-kilometre stretch in the past nine years. Kilometre 129.4 at Venta Lanuza is pinpointed by the DGT as its worst black spot.

The number of vehicles is growing steadily, with fewer motorists prepared to pay the tolls on the AP-7 motorway where traffic has decreased by 14 per cent since 2012.