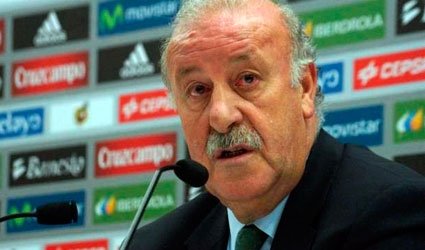 VICENTE DEL BOSQUE will remain as Spain coach until the 2016 European Championships in France. The 62-year-old agreed a two year extension to his contrac,t which was due to run out after the World Cup in Brazil.

It is no surprise with the record he has. Since taking over from Luis Aragones the former Real Madrid boss has led Spain to victory in the South Africa World Cup, then tasted success again at Euro 2012 in Poland and Ukraine.

“I can confirm that I have signed with the national team until 2016,” Del Bosque told a news conference in Malabo, Equatorial Guinea. Spain qualified for the 2014 World Cup as winners of Group one ahead of France last month.

From 82 matches he has managed Spain to 67 victories, eight draws and seven defeats. Spain take on South Africa on Tuesday in Johannesburg’s Soccer City in a friendly. that will bring back fond memories – it was where they lifted the World Cup.