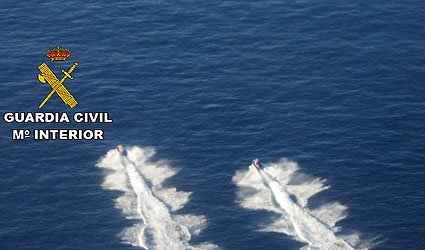 TWELVE members of a criminal organisation which smuggled hashish from Morocco into Spain on jet-skis have been arrested.

Guardia Civil carried out the arrests in several towns in Malaga province and in the Spanish enclave of Ceuta in North Africa. They seized 422 kilos of hashish and several jet-skis in an operation which began in August.

The hashish buyers were based in Morocco and Ceuta, and they also found people to operate the jet-skis and bring the drugs to Malaga, where the middle-man between the network and the buyers was based.