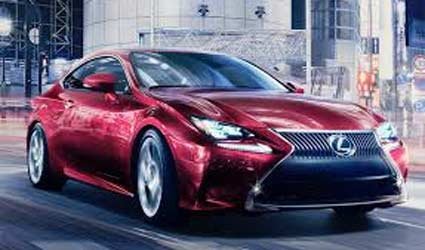 TOYOTA’s luxury division Lexus is starting up its engine and revving up for the Tokyo Motor Show.

The all-new Lexus RC will make its world debut at the show on November 20.

The RC line has been developed to raise the brand’s profile with a broader audience and new-to-Lexus costumers.

Its aluminium wheels come with two available combinations, a 10-spoke 19-inch wheel and a five-spoke 18-inch version. Each finished with black and platinum centre caps.

The interior of the RC is influenced by sports concept vehicles, Lexus claims.

The driver’s cockpit is divided into operational and display zones.

The seats utilize an integrated foaming construction method – much like the moulding of racing seats – to ensure optimum occupant comfort and support.