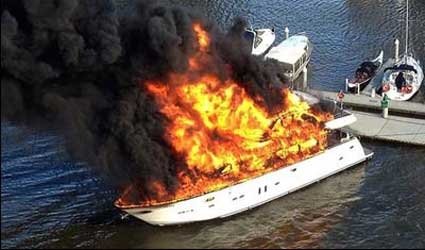 GUARDIA CIVIL have ruled a fire which broke out on a 20-metre yacht in the dry dock in Moll Vell was an accident.

It reportedly started when some spotlights overheated near a highly flammable paint which had been applied to the yacht just minutes earlier.

Five fire engines from Palma attended the scene to extinguish the fire which spread rapidly through the fibreglass yacht. No-one was injured and the fire did not spread to other ships.