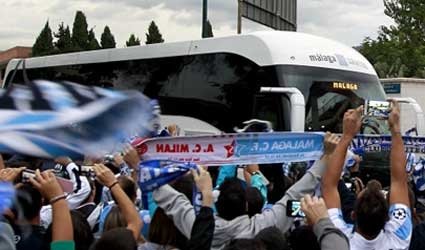 Malaga is taking on Granada CF on Friday evening at 10. The Blue and Whites are leaving La Rosaleda on the official team coach at 10:30 a.m. on Friday, scheduled to arrive in Granada at 12. On arrival, the team will travel to Hotel M.A. Nazaries Granada, and will remain there until just before the 13th BBVA League match of the season kicks off.

The team will return to Malaga after tomorrow night’s game at Los Carmenes stadium, expected to arrive back at approximately 2:30 a.m