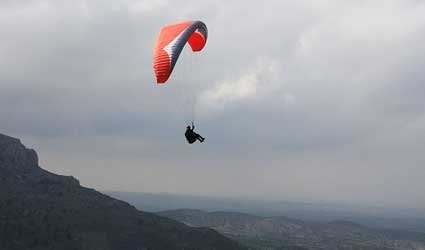 A BRITISH man, aged 72, had to be rescued on Saturday afternoon after crashing while practicing paragliding in an area of the Sierra Alhamilla.

The accident happened about five kilometres from the town of Pechina and very close to the film sets of the movie Exodus. There were several calls that alerted the 112 Emergency Services, one of them from the Guardia Civil and another from an off duty firefighter . The paraglider was finally rescued by a number of individuals who were in the area, who managed to safely move him to an ambulance, which took him to Torrecardenas Hospital.