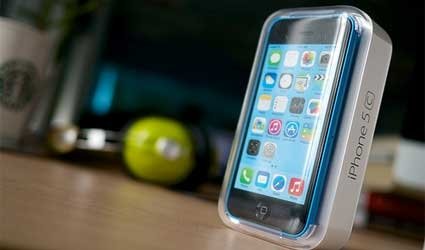 When Apple unveiled their first budget-friendly handset, many experts were unsure about Cook’s decision to reach this market. A report from Verge confirmed that the company actually sold a total of nine million units of the iPhone 5S and 5C in the first three days. Topping FastCompany’s early analysis, the sales of the new iPhones were nearly twice as large as last year’s iPhone 5, which only sold five million units.

If the sales of the two iPhones reached the first 3-day success that Apple is looking for, can we say that the company’s budget-friendly device reached its first month market share success?

Benzinga argued that the success of the company can’t be attributed to the iPhone 5C. Apple said they wanted around 300,000 units per day. Unfortunately, the smashing sales of the 5S left the 5C behind, prompting them to only anticipate around 150,000 units, which is 50% less than their strategy’s target.

Last October, the Cupertino-based company has been reported to cut the fourth quarter orders of the 5C; although the company hasn’t released the figures breaking down the sales of the device. CNN attributes this to the fact that the fancy gold version of the 5S outsells its candy-coloured cousin. The iPhone 5C on O2 page suggest that the device comes in five new colours (white, blue, pink, green, and yellow).

CEO Tim Cook was asked about how the company plans to address lower price segments, and where the 5C stands in line during a Conference Call last October 28. Cook revealed that the 5C was planned to target the middle market, as opposed to the budget-friendly sector from which it was marketed. He said that the 5C wasn’t the long rumoured “budget phone,” which was supposedly intended for the unsubsidized prepaid customers.

Moreover, Apple’s CEO said that the iPhone 4S is now their entry-level smartphone. He elaborated that the company’s main goal is growth, that’s why they distributed their devices to cater the various markets: iPhone 4S for the entry-level, iPhone 5C for the mid-tier, and the iPhone 5S for the high end.

Apple’s new strategy involves a major move into the Asian market. The new iPhones were launched in China, Singapore, and Japan the same day it was released in the US. The manufacturer has been able to secure a partnership with China Unicom and China Telecom; but it has yet to sign a deal with China Mobile to amass its 740 million subscribers.

Their venture into the Asian market can be considered a success. Of the 88.1 million smartphones shipped in China in Q2, Apple was able to increase their shipments by 20%. While their growth in the US continues to struggle because of the country’s economic saturation point, ReadWrite notes that growth in the Chinese and the Indian markets show no signs of slowing down.

About a month after the 5C launch, Localytics said that the device is steadily gaining significant momentum. This is worth noting for the company, after a series of reports saying that they’re cutting down the production cost of the device, and ramping it on the iPhone 5S.

With the company’s ongoing sales and profit success, it just might convince later adopters from various markets to pick up the device early next year.

Taylor Jennings has marketing background, on top of being a tech blogger. He’s always updated on the latest news regarding Apple, Samsung and the HTC. You can reach him at @taylorj427.