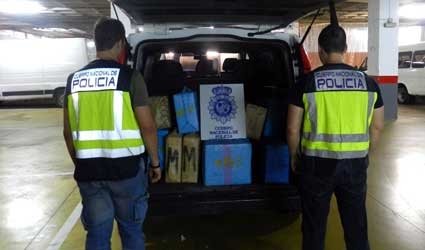 FOURTEEN people have been arrested in Murcia, Malaga, Almeria and Cuenca for drug-related crimes.

According to National Police, the gang of Spaniards and Moroccans based in Malaga intended to distribute more than four tonnes of hashish in Spain.

The drugs were bought in Morocco and stolen vehicles with false plates were used to transport them.

Police from Cartagena and Velez-Malaga carried out the investigation.