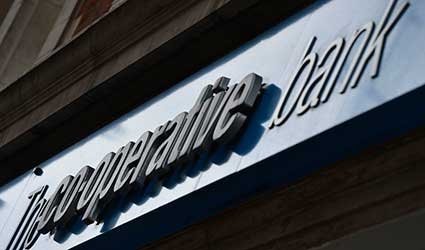 LONDON (Reuters) – Britain’s Co-op Bank will cut more than 1,000 jobs, over 10 percent of its workforce, as part of an overhaul of its business and finances, Sky News television channel reported on Saturday, citing insiders at the bank.

A spokesman for the bank, which is owned by the mutual Co-operative Group, declined to comment on the report.

The Co-op Bank is scheduled to make an announcement on Monday about its plans to address a 1.5 billion-pound capital shortfall identified by regulators, and about its business plan for the next four to five years.

It is widely expected that the announcement will include details of a cost-cutting plan at the troubled bank.

The framework of the Co-op Bank’s recapitalisation plan is already known. The Co-operative Group will remain the largest single shareholder with 30 percent of the bank, but the remaining 70 percent will be owned by bondholders.