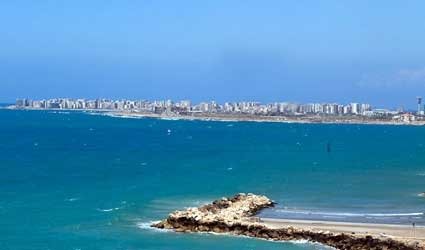 TRIPOLI (Reuters) – Libya’s navy has rescued 84 African emigrants from a boat that was foundering off its coast, state news agency Lana said, after hundreds drowned this month trying to reach Europe.

Navy boats and special forces picked up the Africans, who were from a number of different countries, north of the capital Tripoli late on Tuesday, Lana said late on Wednesday.

They were brought to the port of Zawiya for processing by the country’s department for illegal emigrants.

Hundreds of people have died this month trying to reach Lampedusa, an island south of Sicily, by boat from North Africa. Many have come via Libya, which is facing a breakdown of civilian rule two years after the fall of Muammar Gaddafi.

The flow of refugees has also been fuelled by civil war in Syria and unrest in Egypt and other Arab and African countries.

Italy has increased patrols in the Mediterranean waters between its coast and Libya and Tunisia since more than 360 mainly Eritrean migrants drowned in early October when their boat capsized off Lampedusa. An estimated 200 people went missing when a second boat sank a week later.