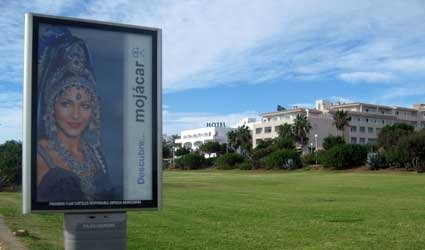 BUSINESSES have been given until the end of the year to remove ‘illegal’ billposts from Mojacar walls.

After that they face the threat of town hall action against unauthorised publicity.

It is part of a campaign started two years ago by Mojacar Town Hall to improve the aesthetics of the beach area, adopting among others, the measure to remove illegal or unauthorised posters. it said they gave a disorderly and chaotic appearance to the surroundings.

Pavements, garden areas and public ares are some of the areas in which signs or posters cannot be put up.

This measure is generally being well received by business people and visitors, claims the town hall. It says Mojacar has to be very careful with its aesthetic appearance, as much in the historic part as the beach area, the latter being where there has been a  proliferation of posters which have a  negative affect on the municipality’s image.