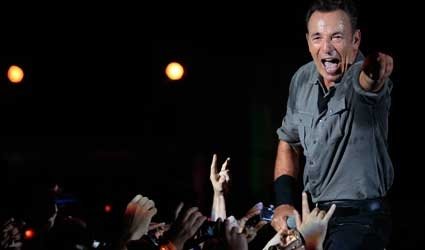 LONDON (Reuters) – Bruce Springsteen and the E Street Band are to play their first ever concerts in South Africa, nearly 30 years after his guitarist Steven Van Zandt led a campaign by rock musicians in protest against apartheid.

Shows are scheduled for Cape Town on January 28 and 29 and Johannesburg on February 1 next year, according to Springsteen’s website.

They form part of the “Wrecking Ball” tour which has seen the veteran rocker trek across the United States, Europe and Latin America in the past 18 months. They will head for Australia and New Zealand after South Africa.

Van Zandt founded the movement Artists United Against Apartheid in 1985 and along with Springsteen, Bob Dylan and a host of other stars recorded “Sun City” – a protest against the gambling resort in the nominally independent homeland of Bophuthatswana, which paid huge sums to less politically conscious acts to perform there.

Apartheid ended with the election of Nelson Mandela as president in 1994.