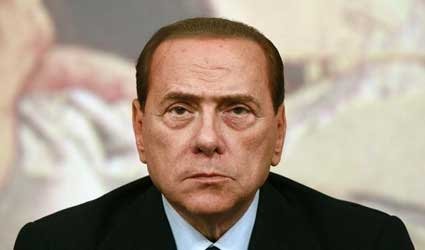 ROME (Reuters) – Italy’s Senate will hold an open vote next month on whether to expel Silvio Berlusconi from parliament, after an upper house committee narrowly rejected his bid to make the ballot secret.

The decision has been the subject of intense political wrangling, with the billionaire media magnate’s enemies fearing a secret vote would allow backroom manoeuvres to help him escape expulsion.

A special Senate panel voted by 7 to 6 in favour of an open vote, overruling objections from Berlusconi’s People of Freedom (PDL) party, which argued that votes on individual senators are traditionally held in secret.

No date has yet been set for the vote, but the Senate agenda is full until November 22, requiring a change to the timetable if the ballot is to be held before then.

Berlusconi is expected to lose his seat in the upper house following his conviction in August for a giant tax fraud at his Mediaset television empire. But the expulsion procedure is proving long and divisive, with the PDL repeatedly trying to delay it.

The full Senate, where there is a majority in favour of expelling Berlusconi, has to vote before the former prime minister can be stripped of his seat under a law passed last year banning convicted criminals from parliament.

However the vote has been delayed by increasingly heated disagreement between Berlusconi’s PDL and the centre-left Democratic Party (PD), with which it governs in Prime Minister Enrico Letta’s unwieldy coalition.

Berlusconi, sentenced to four years in prison, commuted to a year under house arrest or in community service, protests his innocence, saying he has been the victim of leftwing magistrates. He threatened to withdraw support for Letta if the Senate votes to expel him.

As well as the prison sentence, the courts have also barred him from holding public office for two years, which means he will almost certainly be expelled, whatever the result of this Senate vote.

The tensions over the vote have greatly complicated the task facing Letta’s government, which must still pass the 2014 budget law before tackling more ambitious reforms to revive Italy’s stagnant economy and cut its enormous public debt.