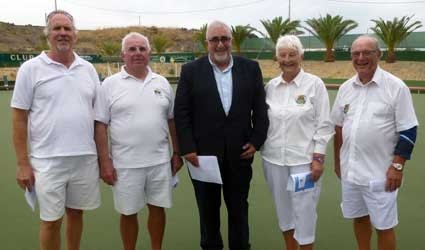 INDALO BC took on Quesada as they hosted the finals of the prestigious Kings Cup.

Eleven players from each team took part and the format was men’s and ladies’ singles, pairs, triples and rinks.

In the Men’s singles Derek Webb (Indalo) won 21-14 against Pete Bonsor (Quesada), while

Indalo won the final by six points to four and are the winners of the Kings Cup 2013.