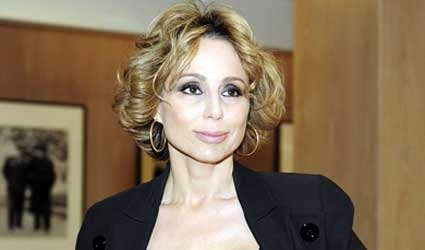 ROME (Reuters) – Silvio Berlusconi’s oldest daughter Marina denied speculation on Monday within her father’s party that she could replace him as centre-right leader due to the billionaire former prime minister’s legal difficulties.

Berlusconi, 77, is embroiled in a series of court cases, and the approach of a Senate vote on whether to expel the media magnate from parliament, possibly exposing him to the risk of arrest, has intensified talk in his party of Marina taking over.

Several party members told Italian media over the weekend that Marina might enter politics, while others said such decisions should be made democratically.

“Once again I am forced to deny this in the most absolute manner: I have never had and have no intention of engaging in politics,” said a statement from the 47-year-old Marina, who heads her father’s business empire.

The statement comes amid deepening divisions in his centre-right party as Berlusconi’s conviction for tax fraud at his Mediaset empire threatens the career of a man who has dominated Italian politics for the last two decades.

Berlusconi’s decision to suspend the activities of his People of Freedom (PDL) party and revive his old Forza Italia group last week has exacerbated a rift between loyalist supporters of the four-times prime minister and a rebel group who back Interior Minister Angelino Alfano.

Alfano led a revolt earlier this month that thwarted the tycoon’s attempt to bring down the government of Enrico Letta, a fragile coalition that includes the centre-right and their traditional rivals the centre-left Democratic Party.

As well as the tax fraud charges, Berlusconi is fighting separate cases that include corruption and paying for sex with a minor. He denies any wrongdoing in all the cases and says they are attempts by left-wing judges to destroy a political rival.

Marina has denied political ambitions several times before, saying she is dedicated to her business career.

Forbes has estimated the Berlusconi family’s net wealth at $6.2 billion.