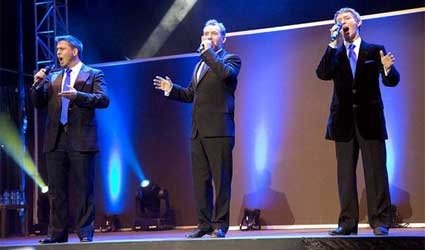 PAWS is really pushing the boat out on December 7.

The animal rescue centre is organising a Masked Ball (masked costume or Black Tie optional although organisers are asking people to dress smart).

The highlight of the night will be the two hour caberet – The Three Tenors – coming from Malaga.  People who have heard them once will not want to miss out on another chance to hear them.

The menu will also be special.   It is being created by a London based chef trained by Marco Pierre White at the Hilton Hotel. Doors open at 7.30pm for the meal at 8pm

There will be a welcoming glass of cava with a salad on the table, followed by asparagus wrapped in serrano ham with Marius dressing. Main course will be honey roasted turkey, special stuffing, roast potatoes and fresh seasonal vegetables and a choice of dessert to follow.

Tickets at €40 including a half bottle of wine are available from Spectrum Radio, PC Playa Mojacar, Connexions and Hostal Rural Turre and, from  November 3, the New PAWS shop at Buganvillas roundabout.