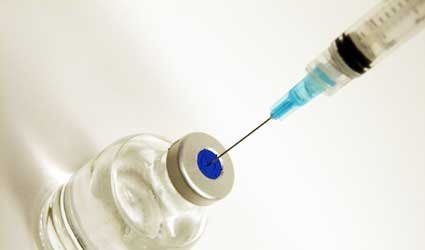 NEW YORK (Reuters Health) – Getting a seasonal flu shot may do more than just prevent influenza. It may also lower a person’s risk of heart problems, suggests a new study.

Researchers who took a fresh look at previously collected data found people who got flu shots were less likely to have heart problems during the next year than those who were given a fake shot, or placebo. That was especially true for people with recent heart troubles.

“If there are those out there who for whatever reason don’t get the flu shot or don’t feel that they need it … this is one more reason why they might help,” Dr. Jacob Udell said.

Udell is the study’s lead author from the University of Toronto’s Women’s College Hospital and Peter Munk Cardiac Center at Toronto General Hospital.

Previous reports have shown people who come down with the flu have an increased risk over the near term of having a stroke, heart failure and heart disease, he told Reuters Health.

It’s thought the infection triggers inflammation throughout the body and can aggravate existing heart problems.

For the new study, the researchers searched several databases for trials that compared people who received the flu shot to others who did not.

They found five published studies and one unpublished study that included 6,735 participants. Participants were in their late 60s, on average. A little more than a third had a history of heart problems.

Overall, 3 percent of those who received a flu shot went on to have a heart problem including a heart attack or stroke within a year. That compared to about 5 percent of those in the placebo groups.

Among those with recent heart disease, the difference was more dramatic.

The researchers found about 10 percent of participants with a recent heart problem went on to have another after they received the flu shot. That compared to about 23 percent in the placebo groups.

“Clearly if you had a recent heart attack our research is showing … they’re going to derive the most protection,” Udell said.

“I think it adds a stronger bit of evidence to the recommendations that are currently being made,” Dr. David Frid said.

Frid, a preventative cardiologist at the Cleveland Clinic in Ohio, was not involved with the new study.

“From the clinical perspective, it gives us more supporting data to say to our patients, ‘Here’s a recent study confirming what we’ve been telling you that if you have heart disease you should be getting the flu vaccine,'” he told Reuters Health.

Dr. Kathleen Neuzil from the global health nonprofit organization PATH in Seattle wrote an editorial accompanying the new study in The Journal of the American Medical Association.

She cautions that the findings can’t say the flu shot prevents heart problems. However, Neuzil writes that the known complications of flu among older people warrant the vaccine’s use.