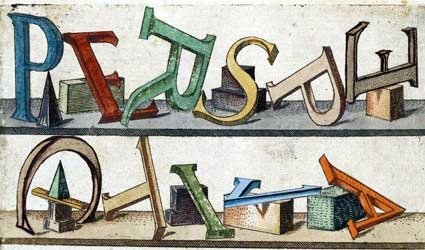 THE surrealist movement was perhaps the driving force of 20th century art and Madrid has no less than two major exhibitions devoted to the genre this autumn.

Entitled, Surrealis, the exhibition at the Fundacion March has been organised t Art before Surrealism in conjunction with the Germanisches National museum of Nuremberg, which possesses one of the most important collections of German medieval art.

After four years of preparation more than 200 works on loan from both public and private collections adorn the walls of the exhibition. The aim of the organisers is to show that while surrealism came to the fore in the 20th century, it actually dates back to the middle ages.

The sketches, prints, engravings and paintings dating from the 15th until 19th century all explore the themes of fantasy, imagination, dreams, desire and the unreal, which we associate with surrealist art today.

While Andre Breton, the French writer and poet, is considered the founder of surrealism in the melting pot of Paris in the early 1920s, artists like Bosch, Arcimboldo, Brueghel, Durer, Goding, Zundt, Van der Heyden, Stoer and Piranesi had used the genre centuries earlier. They used perspectives, symmetry and mathematical designs, giving rise to both a rational and irrational order in their art.

During the 18th and 19th century Goya, Herbert Bayer and Hannah Hoch’s imaginative works continued to bend the accepted rules.

Breton’s philosophical definition of Surrealist art was, “Surrealism is based on the belief in the superior reality of certain forms of previously neglected associations, in the omnipotence of the dream, and in the disinterested play of thoughts.”  The exhibition includes the first surrealist manifesto of Breton in 1924 as well as posters, catalogues, leaflets, magazines and books relating to the movement during this period.

Breton was instrumental in promoting surrealism as a major new art form during the early part of the 20th century as photography and film complemented paintings and prints. The modern works on display include paintings by Picasso, Dali, Klee and Miro and photos of Man Ray and Brassai.

During the middle of the 20th century, Dali became the central figure in the movement promoting himself as well as his paintings, photographs and on film with Luis Bunuel and becoming in the process, an international celebrity personifying surrealist art.


The Thyssen-Bornemisza museum has also chosen this autumn to present its first monographic exhibition on the surrealist movement. Called Surrealism and the Dream, it actually begins where the Fundacion March exhibition ends. It covers the development of surrealism during the 20th century and the important contribution of women artists.

According to curator, Jose Jimenez, “Surrealism changed the concept of art as it developed into a multi media art form with paintings, sculpture, collages, objects, photography and film. There were no barriers to creativity.”

It has taken more than three years to bring together the 163 major works which originate from the museum’s own collection as well as on loan from private and public collections around the world including the Pompidou Centre in Paris, the Tate Modern in London and New York’s Metropolitan Museum of Art and Museum of Modern Art.

Works by the surrealist masters, Dali, Tanguy, Miro, Magritte, Delvaux, Dominguez, De Chirico, Bellmer and Ernst are on show together with rare works by female artists such as Leonor Fini, Dorothea Tanning, Karel Teige, Kay Sage, and Leonora Carrington. Photographs by Brasssai, Man Ray and Claude Cahun and extracts from films by Luis Bunuel point to the adoption by surrealist artists of the new art forms of the 20th century.

Breton’s idea of surrealism was to overcome predetermined obstacles; logical obstacles of bowing to accepted forms, moral obstacles, such as sexual and social taboos, and obstacles of taste, to allow total freedom of expression.

Although not planned, the two exhibitions complement each other offering the public a unique opportunity to learn about and understand the history and development of surrealist art. As Jose Jimenez summed up. “Surrealism is the art of our time. Dreams and fantasy have an appeal during a time of economic, political and social crisis.” Would Andre Breton have considered today’s politicians exponents of surrealism? To many people they too live in a virtual world offering unrealisable desires, dreams and hopes.

Surrealism on the screen

During the 20th century surrealism, perhaps subconsciously, expanded into every facet of our lives. Bunuel’s films and Disney’s 1940 animated movie, Fantasia, are perfect examples of early surrealist work. More recently Monty Python was pure madness and movies such as Star Wars, Guillermo del Toro’s Pan’s Labyrinth, Kostner’s Waterworld, Terminator and the Lord of the Rings saga, set in imaginative, fantasy worlds full of strange creatures, monsters and visual effects, fall into the category of surrealism.