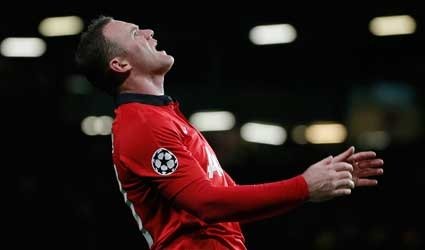 LONDON (Reuters) – Manchester United team mates have clubbed together to buy Wayne Rooney a special present for his 28th birthday on Thursday – former manager Alex Ferguson’s autobiography which criticises the forward for being a slow learner with fitness problems.

Not that the England and United multi-millionaire is too bothered what Ferguson thinks following the Scot’s retirement at the end of last season.

His form since David Moyes took over has soared, the goals have started flowing again, and he played another influential role as Manchester United beat Real Sociedad 1-0 at Old Trafford to go top of Champions League Group A on Wednesday.

A little more than 11 years after marking his arrival with a stunning Premier League goal for Everton against Arsenal while he was still only 16, Rooney now looks like a man whose time has come.

According to reports in Thursday’s newspapers, United players thought the book would be the ideal birthday present for a man in his peak years after a slump in form last season, which he has explained by saying Ferguson played him out of position.

After beating Sociedad on Wednesday, Rooney said he was pleased that Ferguson had set the record straight over claims that he had handed in a transfer request last season.

“Thankfully he’s come back and corrected the story that I put a transfer request in and he’s gone back and proven that I haven’t,” Rooney told Sky Sports.