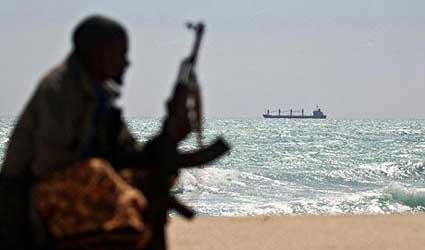 ABUJA/WASHINGTON (Reuters) – Pirates attacked an oil supply vessel off the Nigerian coast and kidnapped the captain and chief engineer, both U.S. citizens, an American defence official and security sources said on Thursday.

Pirate attacks off Nigeria’s coast have jumped by a third this year as ships passing through West Africa’s Gulf of Guinea, a major commodities route, have come under threat from gangs wanting to snatch cargoes and crews.

U.S. Navy officials have grown increasingly concerned about piracy and armed robbery in the Gulf of Guinea and are working with local authorities there to strengthen their ability to patrol the region and better share information.

Navy Secretary Ray Mabus called the region a potential “hot spot” after a visit to four countries surrounding the gulf in August. He told Defense News in September the Navy was working closely with Gabon, Senegal, Sao Tome and Ghana to help fight an increase in illegal trafficking of drugs, people and arms.

“The piracy threat is spreading even further through the waters of West Africa, and the attacks have been mounting, even as global rates of reported piracy are at their lowest since 2006,” said Michael Frodl of U.S.-based consultancy C-Level Maritime Risks.

Unlike the dangerous waters off Somalia and the Horn of Africa on the east coast of Africa, through which ships now speed with armed guards on board, many vessels have to anchor to do business off West African countries, with little protection.

This makes them a target for criminals and jacks up insurance costs. Kidnapped sailors and oil workers taken in Nigerian waters are usually released after a ransom is paid.

In a separate incident, three Nigerian soldiers were killed on Tuesday when armed robbers attacked a vessel carrying construction workers in the creeks of oil-producing Rivers state, the army said on Thursday.