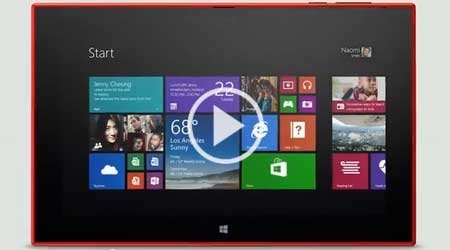 The Lumia 2520 tablet, along with its Lumia 1520 and 1620 phablets, are among the last products the Finnish company developed to compete with Apple and Samsung before deciding to sell its handset business to Microsoft.

The new Lumias use Microsoft’s Windows Phone operating system and will face tough competition from large-screen smartphones from Samsung and Apple, which is also expected to unveil slimmer, faster iPads on Tuesday.

The Microsoft deal is due to close in the first quarter of next year and the new products, which will still carry the Nokia brand, are part of the U.S. company’s drive to become a leading player in global consumer devices.