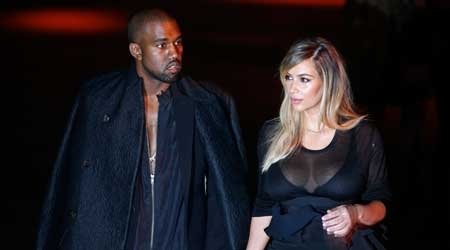 Grammy-winning West, 36, proposed to the star of the TV reality show “Keeping Up with the Kardashians” at AT&T Park, home of the San Francisco Giants, and presented her with a diamond ring.

Kardashian posted a photograph on the Instagram photo-sharing website of her hand with a large ring on her finger as the words “Pleeease Marry Meee!!!” flashed on the ballpark’s video board in the background.

People magazine said a representative for the reality star confirmed that the couple is engaged.

West and Kardashian started dating in April 2012 and have a daughter, North West, who was born in June.

It will be the third marriage for Kardashian. She wed her second husband, NBA basketball player Kris Humphries, in an elaborate ceremony filmed for the reality TV show, but the union lasted only 72 days. Her first marriage to music producer Damon Thomas also ended in divorce.