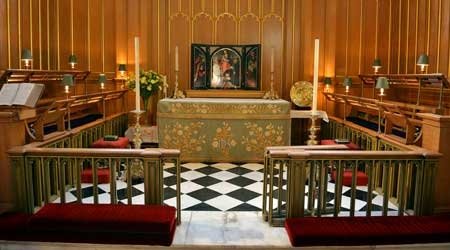 LONDON (Reuters) – A British photographer known for his portraits of rock stars and Hollywood actors was named on Tuesday as the official photographer of the world’s newest celebrity – Prince George.

Prince William and his wife Kate have chosen Jason Bell to photograph the christening on Wednesday of their son, the third-in-line to the British throne, a palace statement said.

“The royals have become global celebrities but being the one photographer there could be a bit daunting for Jason Bell,” said Mark Stewart, a photographer specialising in royals.

As well as the christening, Bell is expected to shoot the first portrait of four generations of the royal family in more than 100 years, with Queen Elizabeth, her son Prince Charles, grandson Prince William and great-grandson Prince George.

British media said Bell had been chosen over other top photographers including John Swannell, who took official pictures of the Queen’s Diamond Jubilee last year, and South African Jill Edelstein, who has photographed Nelson Mandela.

Archbishop of Canterbury Justin Welby, spiritual leader of the Church of England, will conduct the private, 45-minute service in the Chapel Royal of the 16th century St. James’s Palace in central London.


The room is where Elizabeth I said prayers before the Spanish Armada was defeated in 1588, where Charles I received communion before his execution in 1649 and where Queen Victoria married Prince Albert in 1840.

“As a nation we are celebrating the birth of someone who in due course will be the head of state and that is extraordinary.”

Other details of the christening, such as the guest list and identity of the godparents, remain secret. Some official photographs will be released on Thursday.