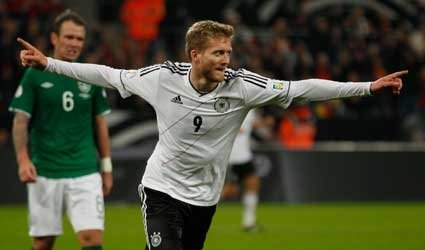 (Reuters) – Germany forward Andre Schuerrle has recovered from a leg injury and has travelled for Chelsea’s Champions League clash at Schalke 04 on Tuesday but the match has come too soon for defender Ashley Cole.

The club said Schuerrle trained on Monday, as did Cole who has been out since sustaining a rib injury against Norwich City on October 6.

“Jose Mourinho believes tomorrow’s game has come just too soon for the left back and he has remained in the UK,” Chelsea said on their website (www.chelseafc.com).

Schalke top Group E after winning two from two, ahead of Basel and Chelsea, both on three points. Steaua Bucharest have yet to pick up a point.