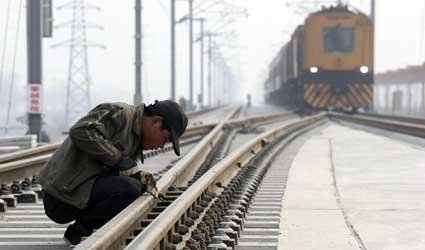 Besides waste and fraud, the country’s railway system has been mired in debt from building high-speed lines. President Xi Jinping has vowed to crack down on official corruption, saying he will target high-flying “tigers” as well as lowly “flies.”

Wang Qishan, China’s top anti-corruption official, has ordered that the bloated hospitality costs “must be dealt with severely”, the disciplinary body said, adding that 57 others were criticized, with one person facing prosecution.

Investigators found problems with invoices and accounting, according to the state enterprises regulator, the disciplinary body said on its website.

The company, which could not immediately be reached for comment, has moved to cut hospitality costs after the probe, the body added. It did not say what punishment the eight individuals received.

China’s railways have faced increased scrutiny from anti-corruption officials and the public after a scandal in which former railways minister Liu Zhijun was prosecuted for corruption and abuse of power.

One of several officials implicated in the scandal, Liu received a suspended death sentence this summer. In China, that usually implies life in prison.