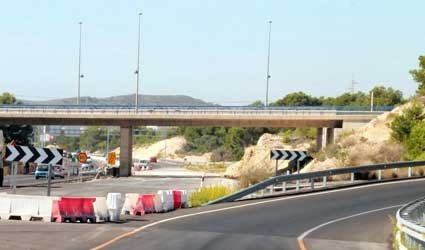 IMPROVEMENTS to Benidorm’s bypass will be completed next year, after all.

Allocations for widening the N-322 bypass continued until 2018 in the central government’s budget for 2014.

This immediately prompted speculation that the project, which began in 2009, would last another five years.

The funds beyond 2014 cover final payments and other incidentals, confirmed senator for Benidorm, Agustin Almodobar after consulting the ministry.

“There have been holdups owing to the economic situation and continual delays in payments arising from two disastrous socialist governments,” Almodobar said.  “But we can confirm that the Benidorm bypass will be finished and functioning in 2014.”