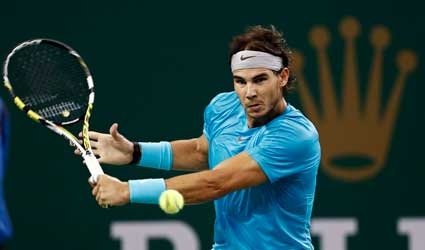 (Reuters) – World tennis number one Rafael Nadal has withdrawn from next week’s Basel indoor tournament because of fatigue.

The 27-year-old Spaniard, who has reclaimed top spot in the rankings after a superb year since returning from injury in February, announced his decision on his Facebook page.

“Sorry to announce that I won’t travel to Basel in Switzerland but after very exhausting weeks I have to regroup my fitness and my body,” said Nadal, this year’s French Open and U.S. Open champion.

“I will do my best to come back to the Swiss Indoors next year.”

Local favourite Roger Federer will play in Basel, hoping to cement his place in next month’s ATP World Tour finals in London.