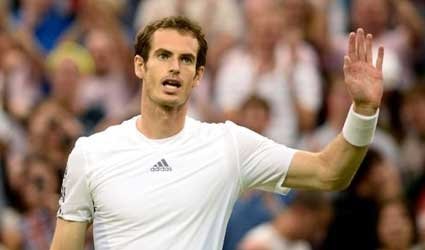 LONDON (Reuters) – Wimbledon champion Andy Murray was held up on his way to receive an OBE at Buckingham Palace by a random drugs test on Thursday.

The Scot, who was to receive the honour from Prince William, got an unexpected knock on the door just as he was sprucing himself up for his royal engagement.

“In the middle of a drug test hahaha I’m goin to be late!!” Murray, who is recovering from back surgery, said on Twitter.

Murray became the first British man in 77 years to win Wimbledon when he beat Novak Djokovic in July, a year after winning the Olympic gold medal.