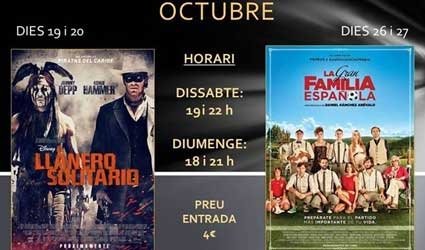 The sessions in the Salon de Actos at the Centro Cultural will be held on Saturdays, with two screenings at 7pm and 10pm, and Sundays (6pm and 9pm).

There is further choice for cinema fans on October 29, with a screening of 500 Days of Summer, in the original English version.  It will be shown in the Salon de Actos at the SEU Universitaria in Calle Purisima 57-59.  Entrance is free.